An interview with Brian Smith 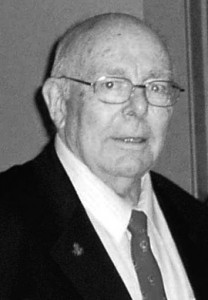 Brian E. Smith, PA, is one of only four remaining founding fathers of CAPPA. In 1948, after finishing high school, Brian started working for the Conservation Board. Brian’s job was to maintain the record of Atlantic overproduction volumes. Brian was given on-the-job training and worked tirelessly on gigantic handwritten spreadsheets. Brian learned the job quickly and soon became a mentor, all for only $95 a month.

Brian left the Conservation Board after three years, trying his hand at various jobs in the oil and gas industry, such as lab tech and seismic. After spending months in the field Brian decided he wanted to work as an Engineering Clerk, now known as a Production Accountant. Brian’s solid understanding of science and strong head for arithmetic made him an ideal candidate for this technical position.

Feeling isolated in this fast evolving industry, Brian wanted to talk to some of his peers. Brian called up a fellow Production Accountant, Ian Hartley, and the pair went for a pint to discuss different ways of handling problems that they both faced. Soon the two turned into ten, and the group met regularly over more pints. By 1955 a great fellowship had formed where they felt comfortable exchanging ideas and information. Brian explains that this was actually the beginning of CAPPA and they felt they were an association and acted like one around 1955. He further explains that they didn’t have any by-laws or any of that rubbish back then, however, they ran the association on common sense. They were a group of friends chatting and learning from one another. When the group reached about 24, it became difficult to get a word in edge-wise and they began to see the need for organized regular meetings. The desire to become knowledgeable, and to bring in guest speakers, became the driving force to form an association.

In 1961 the group of eight founding fathers wrote bylaws and submitted their application to become a society. Included in their application was their vision for CAPPA; to educate its members, to keep its members informed, and to provide opportunities for its members to network and develop friendships. On September 27, 1961, the official society certificate was signed which made CAPPA an association.

Brian speaks with  great passion about CAPPA’s members and volunteers. Over the years these people have truly helped CAPPA evolve. The current Board of Directors refers to this year as the “Year of Change”, but it is perhaps ironic that we have ended up reaffirming the founding father’s original vision.

To Brian and all the Founding Fathers, CAPPA salutes you! Your vision has encouraged us to form strong friendships and a sense of community within our profession. Without the founding fathers’ hard work, dedication, and desire to help their fellow production accountants, our industry would not be what it is today.